Partly on account of LSU’s status as a land-grant university, Special Collections contains many books related to the history of agriculture.

The Rare Book Collection focuses on early modern Europe, with many titles being from the library of Richard T. Ely, a noted Progressive-era economist who studied the British system of land tenure. Holdings also include a large number of works on sugar cultivation, chiefly in the eighteenth and nineteenth centuries, collected by Jules M. Burguières, a prominent sugar planter of Louisiana and Florida. The online exhibition Sugar at LSU features many of these materials.

Works on sugar, rice, and cotton cultivation in the Deep South, as well as materials on agricultural education in Louisiana and other southern states in the twentieth century, are available as part of the Louisiana & Lower Mississippi Valley Collection. 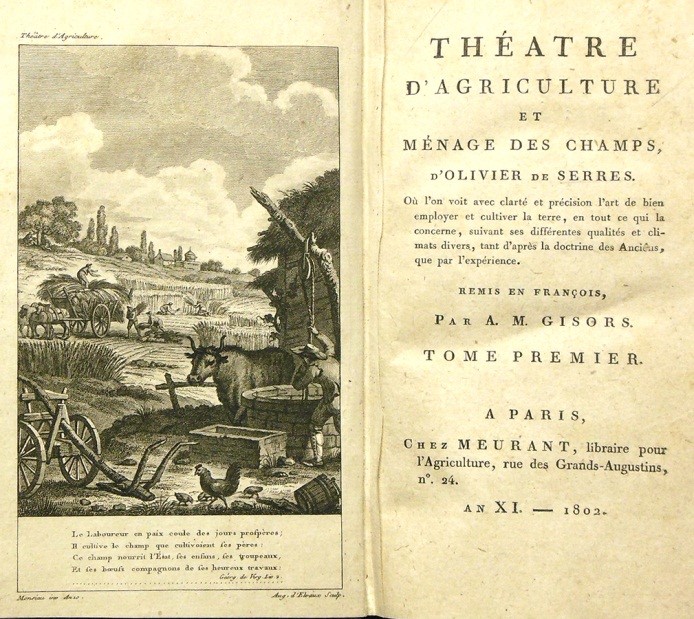 English and French works on farming and animal husbandry form the bulk of the collection. Many date from the early Industrial Revolution and are a source of engravings of agricultural machinery and tools (see, for example, works by Jethro Tull, Andrew Gray, Thomas Hale, and Charles de Lasteyrie, as well as general scientific works such as Diderot’s Encyclopédie). Richard Ely’s library contains most of the works of the eighteenth-century English agronomist Arthur Young, including his 46-volume Annals of Agriculture (1784-1815). Ely also collected histories of agriculture in individual English counties.

Important early French works are Charles Estienne and Jean Liébault’s L’agriculture et maison rustique (1689), which encouraged a break with ancient agricultural practices, and Le theatre d'agricvltvre (1600) by Olivier de Serres, an early advocate of crop rotation. John Worlidge’s Systema agriculturae (1687) was one of the first works to discuss the importance of farming as an industry in Britain. Insight into rural life and farming practices in Tudor England may be found in Thomas Tusser’s Five Hundred Points of Good Husbandry (1572), a treatise written in the form a poem. Of related interest are works by ancient rustic poets, such as Columella’s Of Husbandry (1745), a translation of his De re rustica.

Cours complet d’agriculture (12 vols., 1785-1805) by François Rozier, an advocate of agricultural reform at the time of the French Revolution, is one of several agricultural dictionaries and encyclopedias that are available. Agricultural periodicals are mostly American. Many were published in the South, including the Southern Agriculturalist, Soil of the South, the Planter’s Journal, the Rural Carolinian, and the rare Georgia periodical Gleanings of Husbandry. 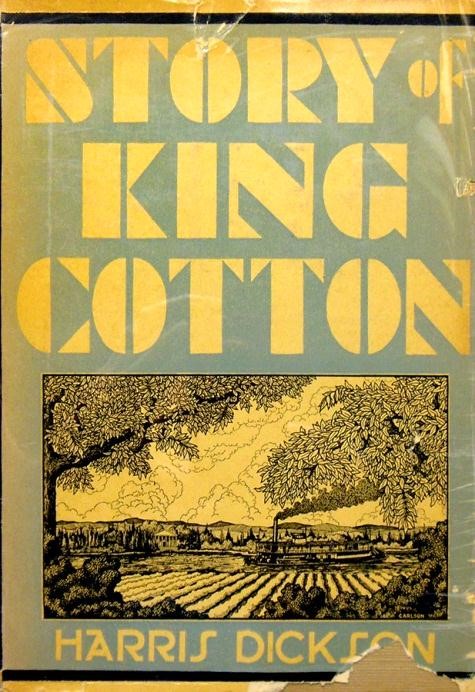 Printed materials related to agriculture in Louisiana are primarily state documents or materials published by agricultural divisions of Louisiana State University. Reports of the LSU experiment stations and state agriculture commissions and bureaus are available from the late nineteenth century to the present. Related materials include soil surveys, promotional literature published by the state’s rice, sugar, cotton, and timber industries, and specialized journals for each industry. The collection also includes materials on state extension services and agricultural education at LSU.

Louisiana newspapers are an additional source for the study of the history of agriculture. Many papers contain "farm and garden" columns, and some were specifically devoted to agricultural interests. Newspaper indexes are available in the Special Collections reading room and on the library’s website. Additionally, full-text digital access to selected Louisiana newspapers is available through the Library of Congress-based website Chronicling America (http://chroniclingamerica.loc.gov).

To narrow your search results, try using the advanced search feature in the library’s online catalog and limiting your search to the Rare Book Collection or the Louisiana & Lower Mississippi Valley Collection. You may also enter a date range and limit your search specifically to books under catalog format.

A subject search using the keyword "agriculture" should locate most of the relevant titles in the library’s collection. However, you may wish to enter more specific terms (for example, “rice,” “extension,” etc.).