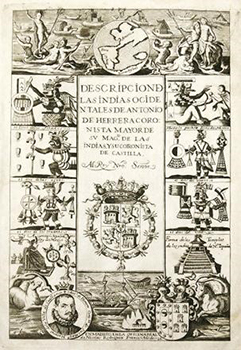 Highlights of rare books related to the history of Mexico and Central America in the LSU Libraries’ Special Collections include several editions Antonio de Herrera y Tordesillas’s Historia general, a chronicle of Spanish exploration from the time of Columbus to the 1550s. Also available is an eighteenth-century English translation of the work. A near-contemporary English translation of Francisco López de Gómara’s account of the conquest of Mexico was published as The Pleasant Historie of the Conquest of the West India, now called New Spaine (1596). It was based on firsthand interviews with Cortés and other conquistadors returning from the New World. The account of Cortés by Bernal Díaz del Castillo, however, written in 1568, is considered to be more accurate. It was first published in its entirety in English as The True History of the Conquest of Mexico (1800). Theodor de Bry’s famous illustrations of Spanish atrocities toward the Indians, originally published in 1596, are reproduced in two modern editions: Conquistadores, Aztecs, and Incas and The Discovery of the New World.

Other early general histories of Mexico / New Spain include:

A New Survey of the West-India’s: or, The English American his Travail by Sea and Land (1655) was written by Thomas Gage, an English Catholic who served as a missionary in Mexico and Guatemala before returning to England, converting to Protestantism, and writing this record of his experiences to encourage an English takeover of New Spain. It may have inspired William Dampier, whose New Voyage Around the World (1698-1703) describes his privateering activities in Central America.

A related work is Lionel Wafer’s New Voyage and Description of the Isthmus of America (1704), which includes plates depicting the Indians of Panama. Miguel Venegas’s Natural and Civil History of California (1759) was the first English book devoted entirely to describing the Spanish and Indian settlements on the Pacific coast of New Spain.

Numerous nineteenth-century European and American travel accounts are available. Doing a subject search in the library’s catalog for “Mexico [or other country]— Description and Travel” and limiting your search to Special Collections will locate the most relevant titles. 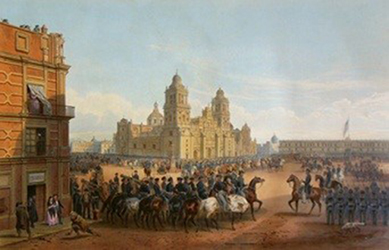 Many materials related to the Mexican-American War, in which Louisiana played an important role, are available in the Rare Book Collection and particularly the Louisiana & Lower Mississippi Valley Collection. A highlight of these materials is The War Between the United States and Mexico Illustrated (1851), with text by New Orleans journalist George Wilkins Kendall and twelve large colored plates by the German artist Carl Nebel. Of related interest are materials on William Walker, an American adventurer who led several filibustering expeditions to Central America in the 1850s in an attempt to establish an English-speaking slaveholding empire.

Here and There in Yucatan (1886) is an account by Alice and Augustus Le Plongeon, pioneers in the use of photography to document Mesoamerican archaeological sites and inscriptions. LSU’s copy of the work contains three manuscript letters by the Le Plongeons.

More than a thousand pieces of nineteenth-century sheet music are available in Special Collections. These include music written by Mexican musicians who worked in Louisiana. Forty-eight scores have been digitized for the Louisiana Digital Library project Sobre las olas - Over the waves! Mexican Music from Nineteenth-Century New Orleans, 1875-1896. For additional titles, see the Index of Sheet Music in Special Collections.

Mayan and Aztec Art and Codices 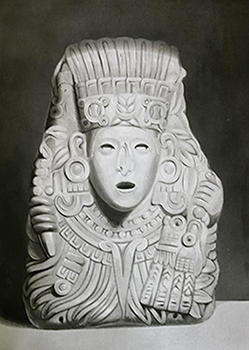 ​One of the most important works in the Rare Book Collection is Lord Kingsborough’s Antiquities of Mexico (1830-48), a lavish nine-volume set of lithographs of pre-Columbian ruins, together with reproductions of ancient paintings, scultpture, pottery, inscriptions, and manuscripts (including the first complete reproduction of the Dresden Codex, the oldest known book written in the Americas).

In addition, facsimiles of a number of Mayan and Aztec manuscripts are available individually:

Comentarios reales de los Incas (1609-17) by Garcilaso de la Vega is among the highlights of the Rare Book Collection in the field of Latin American history. The first part consists of stories told to the author as a child by his Inca relatives. The second part is about the Spanish conquest of Peru. Also available is the first English translation of Garcilaso’s work, The Royal Commentaries of Peru (1688). Benedetto Bordone’s Isolario (1547) contains what is thought to be the earliest printed account of Francisco Pizarro’s conquest of the Incas. For contemporary illustrations of atrocities committed by the Spaniards in this part of South America, see those by Theodor de Bry, originally published in 1596 and reproduced in two modern editions: Conquistadores, Aztecs, and Incas and The Discovery of the New World.

The majority of published works about South America in Special Collections relate to scientific exploration. Although focused on natural history, these works frequently contain information on the social and cultural history of the time in which they were written. The library’s exhibition catalog Aves: A Survey of the Literature of Neotropical Ornithology (2011) is a good place to start your search for these types of materials. The catalog has also been published as an online exhibition. 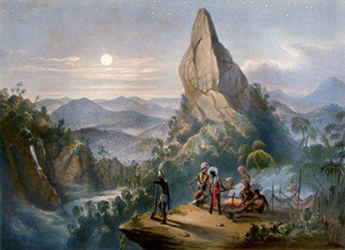 One of the earliest illustrated works on Inca archaeology is Antigüedades peruanas (1851) and its English translation Peruvian Antiquities (1853) by Mariano Eduardo de Rivero y Ustáriz and Johann Jakob von Tschudi.

Other notable works in the collection include:

John Atkins’s A Voyage to Guinea, Brasil, and the West-Indies (1737) is a good source of information on the South American slave trade, while John Gabriel Stedman’s Narrative of a Five Years’ Expedition against the Revolted Negroes of Surinam (1796) features iconic images by William Blake that altered British opinion toward slavery.

Het Groote Tafereel der Dwaasheid (1720), known in English as The Great Mirror of Folly, is a collection of satirical cartoons related to the South Sea Company, a speculative trading scheme between Britain and Spain’s South American colonies. Its failure resulted in one of the largest financial crises of the eighteenth century.

The manuscript holdings of the Louisiana & Lower Mississippi Valley Collections contain a wide variety of materials about Louisiana’s social, cultural, and economic ties to Latin America. These include travel diaries and business papers; materials related to the Mexican-American War, Southern filibusters, and Confederate exiles; the World's Panama Exposition Company Papers; and papers of William Crawford Gorgas, an authority on the control of yellow fever whose work contributed to the construction of the Panama Canal.

A collection of Brazilian newspapers and assorted ephemera, 1822-1828, dates from the time of the country’s declaration of independence from Portugal and the reign of Pedro I.