Acts of the Legislature

*The 1868 constitution, adopted during Reconstruction, guaranteed universal male suffrage, regardless of race or color, excepting men who "aided in the Rebellion" or were convicted of felony. The 1898 constitution instituted the infamous "grandfather clause," which essentially disenfranchised all black men and some poor white men by requiring that voters must have possessed the right to vote on or before January 1, 1867, or be the son or grandson of a man who had the right to vote at that time. The passage of the federal Voting Rights Act of 1965 began the slow and arduous process of restoration of suffrage to black Louisiana citizens.

**Louisiana did not ratify the 19th amendment of the U.S. Constitution until 1970. Women's suffrage was not addressed in the 1921 Louisiana constitution, though the federal law was in effect on August 18, 1920. 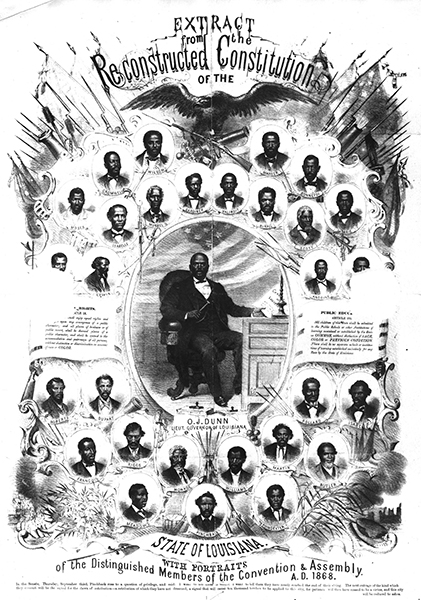 Reconstruction era vignette of portraits of black delegates involved in the writing and passage of the 1868 Louisiana constitution, which included a provision establishing universal male suffrage in the state, regardless of race. 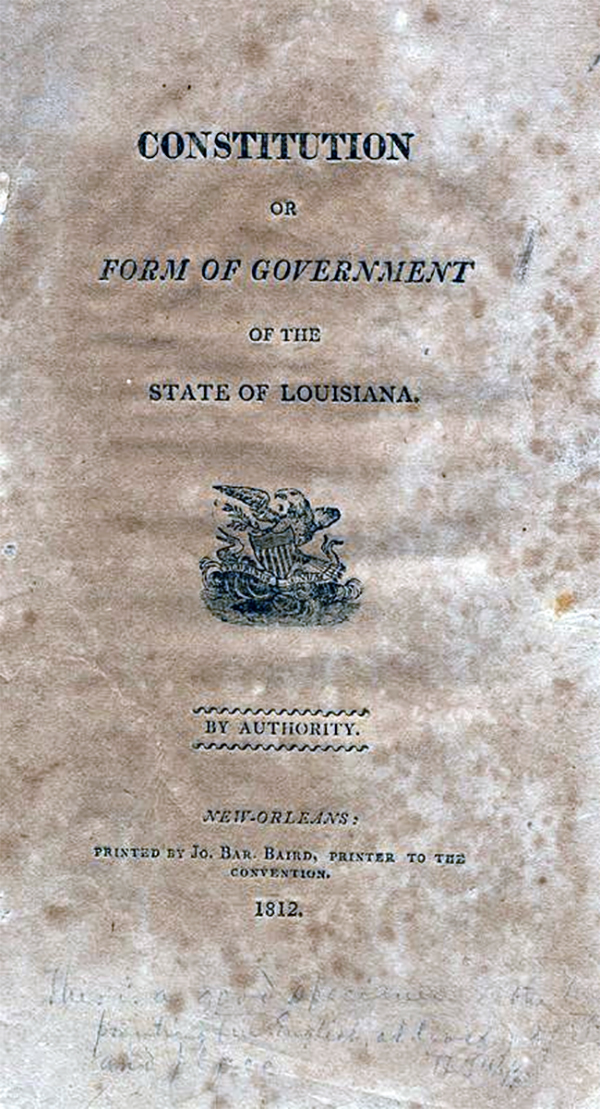 Constitution or form of government of the state of Louisiana, 1812
(view on Louisiana Digital Library)