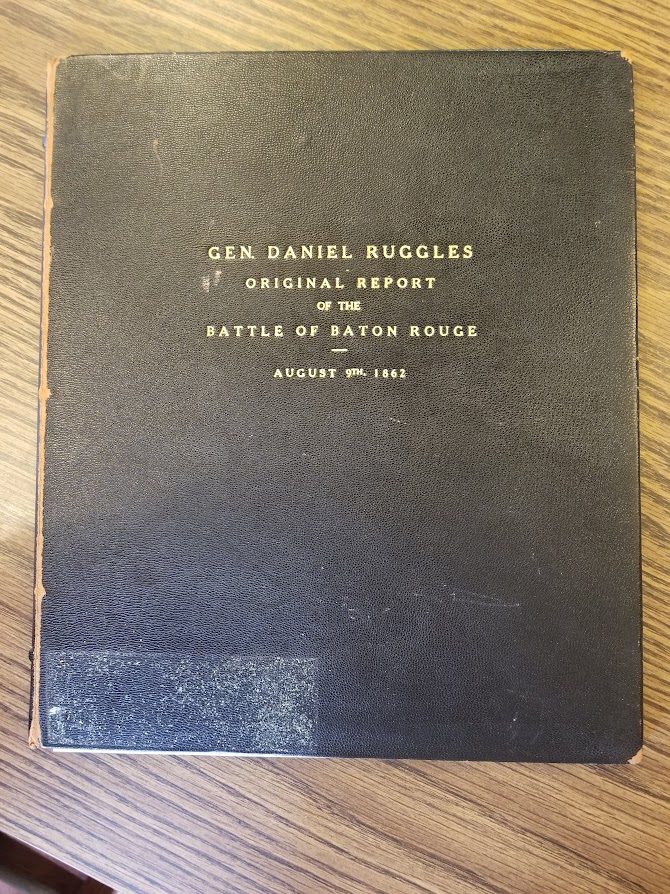 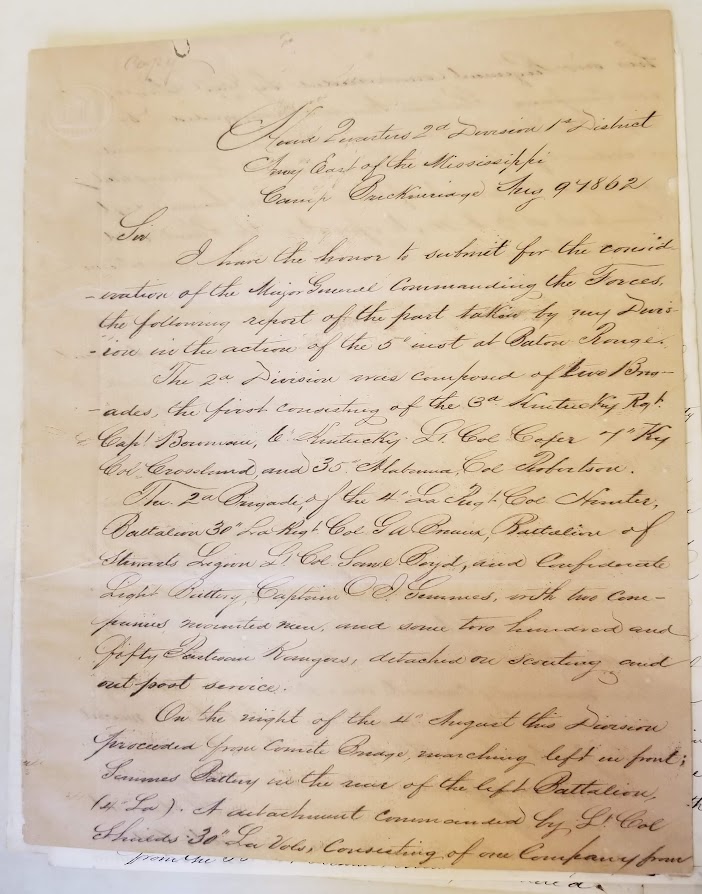 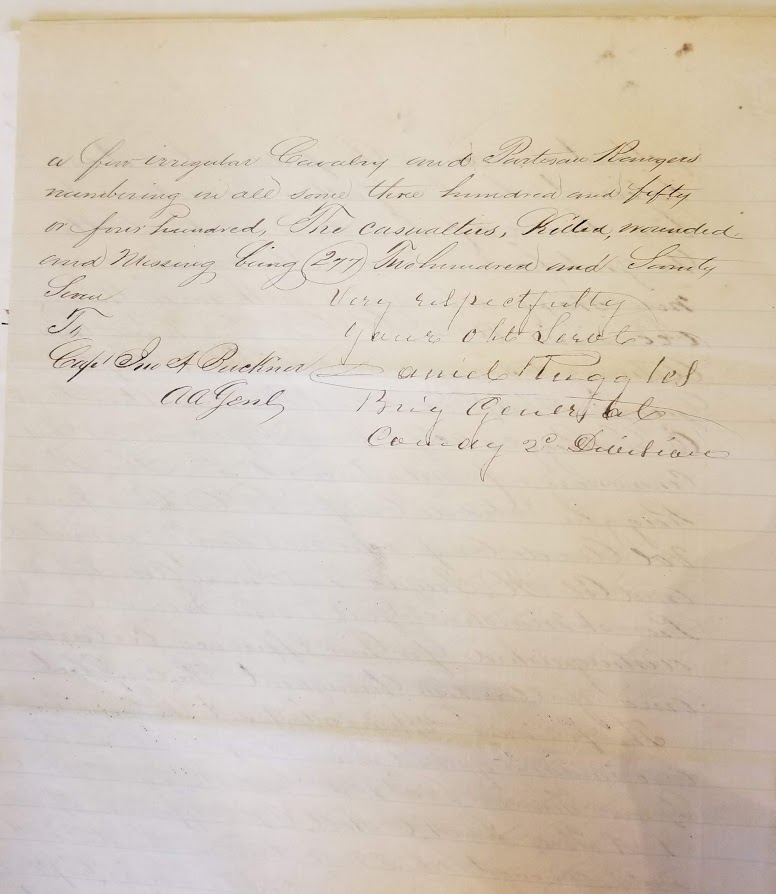 HDQRS. 2D DIV., 1ST DIST., ARMY EAST OF THE MISS.,
Camp Breckinridge, August 9, 1862
On the night of August 4 this division proceeded from Comite Bridge, marching left in front...
The head of the division column, preceded by a company of mounted rangers and advanced guard, reached Ward's Creek Bridge, on the Greenwell Springs and Baton Rouge roads, about 3 a. m., where a temporary halt was called preparatory to the formation of the division line of battle. During this halt, while the advance was driving in the enemy's pickets, some stragglers from the column were mistaken for enemy's pickets and fired on ; the mistake being mutual in the darkness, a few shots were exchanged, unfortunately disabling General Helm and killing Lieutenant Todd.
...At a little after daylight, during the prevalence of a thick fog, the order was given to advance. The line proceeded but a few hundred yards before it encountered a brisk fire from the enemy's skirmishers, strongly posted on our extreme right, in some houses surrounded by trees and picket fences. Almost simultaneously a battery of the enemy opened on our line from the same direction.
...Colonel Thompson halted and was attempting to reform them [the First Brigade]... unfortunately, while leading his men in this charge, Colonel Thompson fell severely wounded and was borne from the field ; and about the same time Colonel Allen also fell dangerously wounded while leading, with unsurpassed gallantry, his brigade against a battery of the enemy.
...Finding it fruitless to remain longer under the fire of the gunboats, and disappointed in the expect co-operation of the Arkansas, the exhausted troops were withdrawn in good order to the suburbs of the town...
...Lieutenant-Colonel Shields had been ordered, as already stated, to take position on the plank road leading from Clinton to Baton Rouge, and as soon as he heard the fire of our main body to attack a battery of the enemy, said to be stationed at the junction of the Clinton and Bayou Sara roads. This service was promptly and gallantly performed... [he] opened fire on a regimental encampment to the right of the Greenwell Springs road, driving the enemy from it.
...The section of artillery under his [General Clark's] command retained its position until the army retired, when it rejoined the battery in the suburbs of the town.
...The entire division entering the fight numbered but about 1,950 infantry and artillery, with a few irregular cavalry and Partisan Rangers, numbering in all some 350 or 400, the casualties (killed, wounded, and missing) being 277.
Very respectfully, your obedient servant,
Daniel Ruggles
Brigadier-General, Commanding Second Division

CAPTAIN: I have the honor to report that an attack was made early yesterday morning by a Confederate force of about ten regiments, under command of Maj. Gen. J. C. Breckinridge, and that after a fight of four hours' duration and of great severity the enemy was repulsed. I regret to state that Brigadier-General Williams was killed on the field by a rifle-ball through the chest. During the battle our forces were obliged to reitre about a quarter of a mile from our original position, and the enemy were thus able to occupy temporarily the camps of the Twenty-first Indiana, Seventh Vermont, and Fourteenth Maine Regiments, and to destroy much of the baggage and camp equipage. They were however, driven out, but our number being much lessened by sickness, and the men on the field being much exhausted by fatigue and heat, it was deemed inexpedient to pursue. I am unable as yet to give a report of our casualties, which I am sorry to say are considerable.

The enemy has retired several miles, and from all I can learn are still retiring. I am expecting it possible they may receive re-enforcements, and am disposing my troops in the strongest positions. Our force engaged numbered less than 2,500. The enemy had at least 5,000, with twelve or fourteen field pieces and some cavalry.

The ram Arkansas approached with the intention of engaging our gunboats, but grounded above the point at a distance of about 5 miles, and to-day was engaged by the iron-clad Essex and destroyed.

Inclosed is a copy of communication received by a flag of truce from Major-General Breckinrdige and my reply thereto. You will see by the latter that Brigadier-General Clark and his aide-de-camp have delivered themselves up as prisoners of war. I have also fully 70 wounded prisoners, that were left on the field ; also about 30 captured. I would like instructions as to the disposition you wish made of them. Some of them express a wish to be paroled.