Though students occasionally have trouble understanding the difference 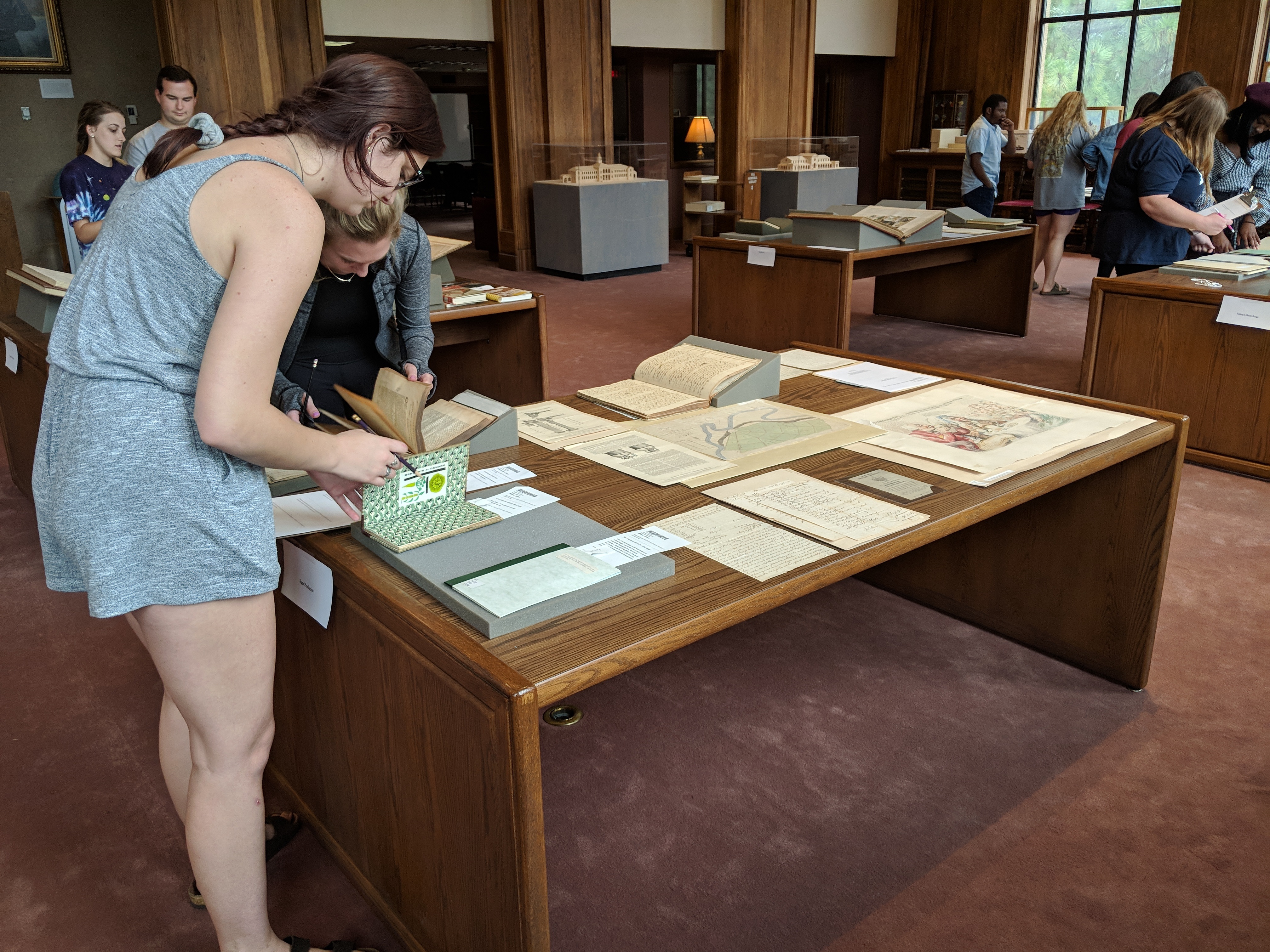 between a primary and secondary source, a bigger challenge is figuring out how and where to find primary sources relevant to their research. Library catalogs and archival finding aids, because of their inherent limitations, can be frustrating, especially to novice researchers. Part of the solution is helping students to understand how materials can be used in multiple ways, thereby seeing for themselves why catalog records and finding aids are limited in the amount of description they can provide.

The goal of this exercise is to:

Locate a few examples of all the major kinds of primary sources. This exercise can be easily adapted to any course topic, but does not need to be. (See our blog story "A Taste of History" for an example of how this exercise was adapted to a food history class.) Materials from the Louisiana & Lower Mississippi Valley Collection that work well for a general-purpose introduction to primary source research include:

Spread the materials out on tables. Ask your students to spend a few minutes forming initial impressions of what they think the materials are and how they could be used. Then give some hypothetical research topics and ask the students to identify the primary source they think is best suited to each topic. Try to select topics that are deliberately tricky and open-ended, keeping in mind that the goal of the activity is to show students that primary sources can be used in many different ways. Some sources should be obvious, others less obvious.  Suggestions to start the discussion:

In the library catalog, have the students locate the records or finding aids for a few of the sources above. Ask them whether the topics they matched with a source are mentioned in the record or finding aid for that source. Open the floor to discussion about the challenges of research and how historians locate primary source material.